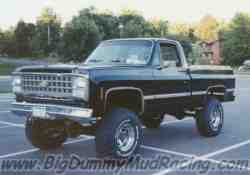 These shots show the truck as it was when I bought it.  It was a descent starting point, but there were lots of problems with it.  The truck appeared to have been put together on a shoestring budget, and the condition that it was in showed it.  The electrical system was pieced together (the positive battery cable was even made up of 3 pieces, with no electrical insulation over the splices!).  The bearing caps for the rear axle differential were out of another axle, and so the bearings did not fit correctly.  This theme carried through the rest of the truck too. 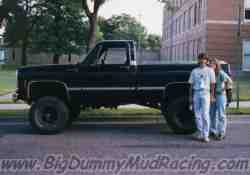 As you can guess, one of the first things to go was the shoddy rubber in favor of the 35" BF Goodrich M/T's, which required changing the axle gearing from the original 3.08 to 4.11.  I also was quick to throw on a good trailer hitch & bumper, go through the front and rear axles, steering and brakes.  The transmission was rebuilt, complete with shift kit & heavy duty clutches.  I went through the motor (which I originally thought that I was going to put in a mud truck) and threw in a cam, carb, 4 core radiator, electric fan & fuel pump.  We will see what is in it's future, but there is quite a bit that is planned :) 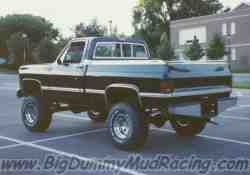 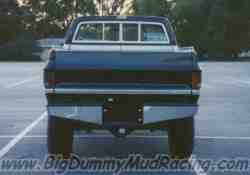 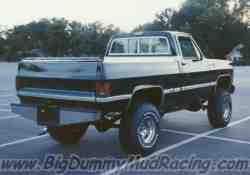 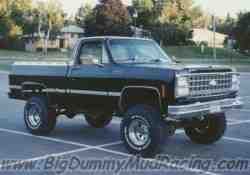 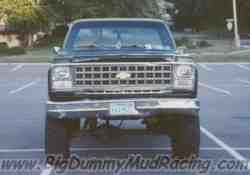